Manny Pacquiao could decide today or tomorrow whether he will fight Floyd Mayweather Jr. on May 5th -- this according to Manny's trainer.

Freddie Roach just told TMZ Manny and promoter Bob Arum are in the Philippines, figuring out if they can put off several deals to fight other boxers ... to clear the decks for a Mayweather fight in May.

Roach is scoffing at Mayweather's tweet, in which he calls Pacquiao a "punk," saying, "He should look in the mirror. He's been ducking us for 2 years."

As for what weight class Pacquiao will fight Mayweather ... Roach said 147 lbs -- that's the upper limit of welterweight.

Of course, even if Pacquiao can rearrange his schedule, both sides have to agree on a financial deal. Roach says, "We'll do it on even terms."

video of this story 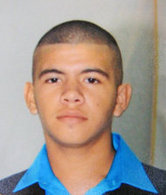 BROWNSVILLE, Texas (AP) — The Rev. Jorge Gomez was counseling worried parents and frightened students late into the night the day police fatally shot an eighth-grader brandishing what appeared to be a handgun inside his South Texas school. The parents said their children weren't eating, some were running fevers, and needed to talk to someone.

The death of 15-year-old Jaime Gonzalez has shaken this neighborhood along the U.S.-Mexico border, where parents already burdened by economic woes and street gangs are now faced with explaining the tragedy to their children.

Making it especially hard: It remains unclear to his parents and investigators why Jaime — a drum major who danced in his church's annual religious festival, stayed out of gangs and had two parents who closely watched him — could swerve off course and bring a weapon to school. The weapon, police later determined, was a pellet gun.

Gomez, who officiated a wake Thursday night that drew hundreds of mourners to Holy Family Catholic Church, a block from the Gonzalez family home, said parents had called him seeking his guidance Wednesday.

"Probably the last (child) left at midnight," Gomez said. "The parents are very concerned. How is this going to affect the community and their kids?"

Jaime was fatally shot in a hallway of Cummings Middle School during first period Wednesday, following frantic calls to police from school officials who, along with responding officers, believed the boy had a handgun. According to a recording of the emergency call, Jaime refused to drop the weapon.

Among the roughly 400 people at the Thursday night service was Delfina Cisneros, a teacher at nearby Longoria Elementary School. Standing in the back of the church with some of the school's young students, she said she taught Jaime in fourth grade, when his family had just moved from the Houston area.

"The parents were trying their best," she said, adding that Jaime was always respectful and polite. "Check out the neighborhood. That will tell you a lot."

Norma Ponce, an assistant principal when Jaime attended Longoria, said many single-parent homes headed by working mothers are in the neighborhood, which is barely a mile from the main bridge connecting Brownsville to Matamoros, Mexico. Many children whose parents remain across the border in Mexico live here with guardians, she said.

Jaime never got into major trouble, Ponce said, and attributed his visits to her office to "mischievous" things for which he always apologized. She said his parents were supportive if called for any reason.

His parents have lamented police for their actions Wednesday, saying they could have taken non-lethal action. But there was broad agreement among law enforcement experts: If a suspect raises a weapon and refuses to put it down, officers are justified in shooting to kill.

Brownsville interim Police Chief Orlando Rodriguez defended his officers, saying the boy pointed the pellet gun — which was black and resembled a real gun — at police and repeatedly defied their commands to put it on the floor.

Rodriguez said the preliminary autopsy report showed the boy was shot twice in the torso. Family members initially thought he was shot in the back of the head, but that wound turned out to be a cut from a fall.

"It really doesn't change anything at all," his father, Jaime Gonzalez Sr., said after being told of the preliminary autopsy results at the vigil for his son. "If it is a wound from his fall, why shoot him at all? Wound him. Do something else. Use another method."

In a recording released Thursday of the 911 call from the school, the assistant principal says a student in the hall has a gun, then reports that he is drawing the weapon and finally that he is running down the hall.

Police can be heard yelling: "Put the gun down! Put it on the floor!" In the background, someone else yells, "He's saying that he is willing to die."

Before police arrived, school administrators had urged Jaime to give up the gun. When officers got to the school, the boy was waiting for them, Rodriguez said.

Moments before he was killed, Jaime began to run down a hallway, but again faced officers. Police fired down the hallway — a distance that made a stun gun or other methods impractical, Rodriguez said.

If the situation had involved hostages or a gunman barricaded in a room, police might have tried negotiations. But instead, Rodriguez stressed, this was an armed student roaming the halls of a school.

The two officers who fired have been placed on administrative leave — standard procedure in police shootings. Rodriguez expected them back at work soon.

Jaime's father has said he didn't know where his son got the pellet gun. Police believed it was a gift, and a friend of the boy's said Jaime told her that but she didn't know who gave it to him.

The school was closed Thursday while police finished their crime-scene investigation. Students were bused instead to a new elementary school that was recently completed on the outskirts of Brownsville but had not yet been used.

District spokeswoman Drue Brown said 17 counselors were working with students and staff. Cummings has a student body of about 750, but only 200 students came to classes Thursday.

Before the church service began that night, dozens of children and teens in white shirts left the church and gathered outside. They chanted Jaime's name and shouted that they loved him. Some sported tattoos, while others were clean cut. One girl who appeared older than the others yelled that if anyone spoke badly of Jaime, she would make them pay.

Gomez said some of the young people at the service were likely gang members, but said many teens in the neighborhood managed to stay out of gangs.

"I know the parents worry a lot to see their kids involved in violent activities, but I'm sure it's not the only neighborhood in the city or in the Valley like this," he said.